Exciting things are happening in the world of cat shelter design! Bianca’s Furry Friends Feline Adoption Center at North Shore Animal League America in Port Washington, New York recently opened its doors, unveiling two very special cat rooms. The new cat adoption center project was spearheaded by Beth and Howard Stern, who asked Mario Arbore of Square Paws to create two themed cat rooms in honor of Billy Joel, as a thank you for his support of the new facility. The creativity and craft that went into the design of these rooms is unparalleled! The first room is the “Piano Cat” room, where Mario designed and built an amazing piano focal point that is both a cat climber and a working piano! The baby grand piano shape is rotated vertically to create climbing and lounging spots for the cats. Mario incorporated the curve of the piano onto a giant cat silhouette on the wall. An electronic keyboard is concealed in the bottom section of the piece so staff, visitors or volunteers can entertain the cats if they wish. A curved catwalk extends from the piano climber along the wall. Above the walkway are PVC cutouts of the music for the first few bars of Billy Joel’s “Piano Man.” To continue the music theme, Mario created speaker cabinet hideaways for the cats, modifying the “Fender” logo to become “Feline” and making sure that all the dials go to 11. He also added replaceable sisal scratchers on the front of the amp hideaways and comfy cushions inside. The second room takes its inspiration from Billy Joel’s song “New York State of Mind.” This room is filled with iconic New York buildings and structures, all cat-sized, of course! A replica of the facade of Yankee Stadium creates a catwalk along two walls and serves to frame the view into the room. (Billy is a big fan!) The Yankee Stadium catwalk connects to a miniature Empire State Building, where cats can walk around on the observation deck. The antenna on the top of the building is a sisal wrapped scratching post that can be easily unscrewed and re-roped as needed. A recreation of the Brooklyn Bridge spans across two large windows, allowing cats to stroll along the bridge from one neo-Gothic arched tower to the other. A large bench below the bridge offers ample seating for human visitors.

And finally, cats can hop on board their own tiny subway! This is almost too much cute to handle. Cats can enter and exit the subway car from holes in the roof and in the floor of the train, giving them access to multiple levels. The subway poles are, of course, wrapped in sisal, and tiny windows and doors look just like the real thing. Mario even recreated familiar NYC subway banner ads, but with a feline theme and references to the “New York State of Mind” lyrics. Incredible!

These are just two of twelve free-roaming cat rooms at Bianca’s Furry Friends Feline Adoption Center including another gorgeous “treehouse” room designed by John Gidding for Rachael Ray. I will be sure to track down some photos of the Rachael Ray room and others to share with you. The adoption center was designed by Bacon Group Architecture, a firm that specializes in animal shelter design, among other things. If you’re ever near North Shore Animal League America be sure to stop by and see this amazing facility in person!

For more details on the design of the Billy Joel rooms, please visit SquarePaws.com. Thank you, Mario! Overall, Beth and our contacts at North Shore Animal League America could not have been kinder or more committed to making something special for Billy and for the shelter! I welcomed their feedback, especially to make sure that everything we did would meet their standards for a shelter environment. They trusted us to make the right choices in the design so that the cats could have a variety of highways to travel the rooms. 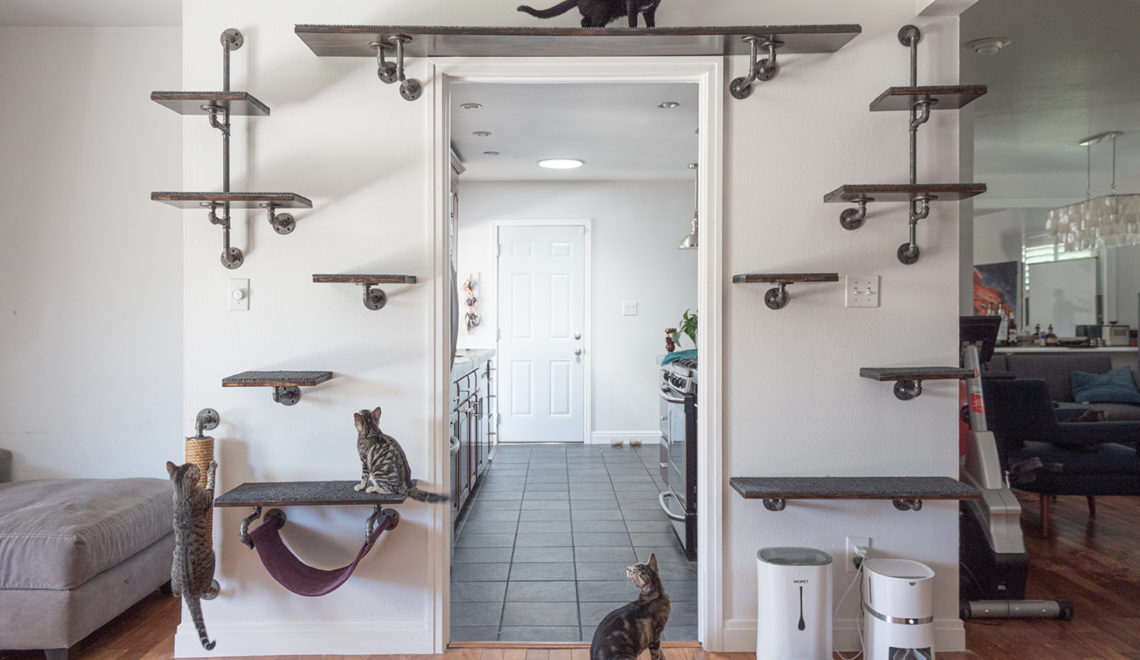 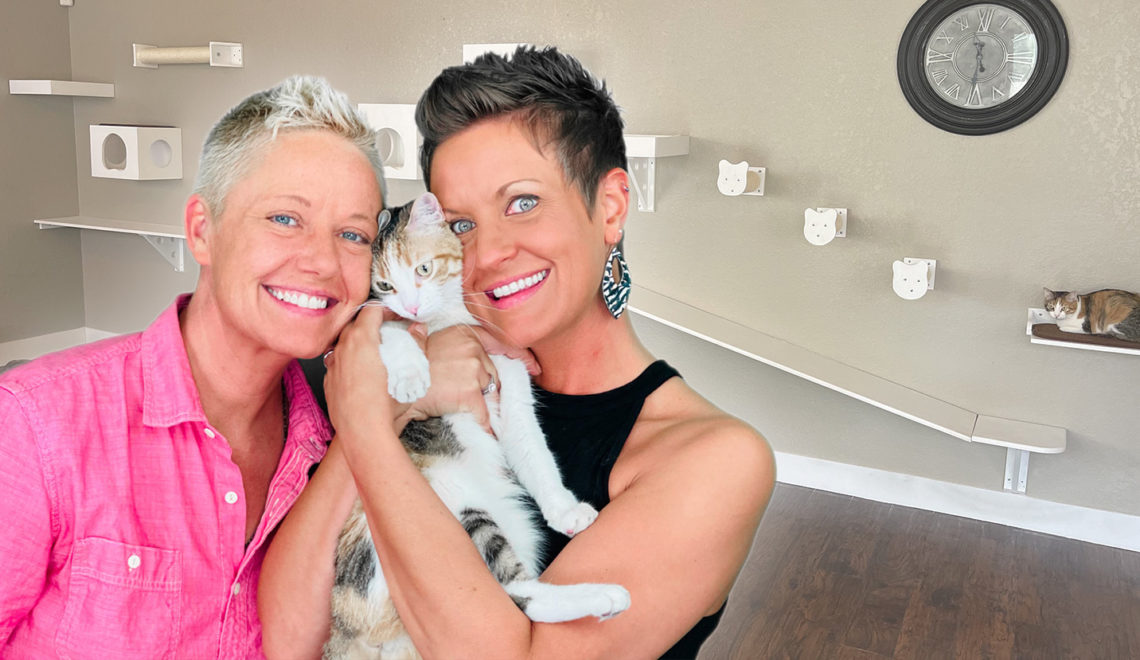